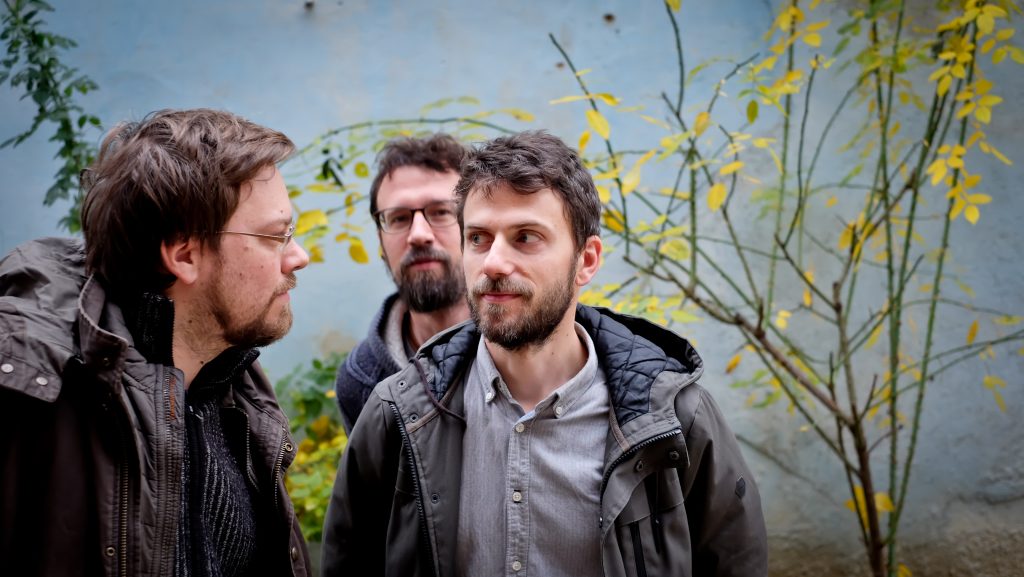 Proverbs not only reflect the Romanian reality, but hundreds of years ago they served as rules of conduct, ethics.  For a detailed explanation of the proverbs used on the album, illustrated with musical examples, click here.

“..generates a captivating atmosphere, informed by Romanian folk music and buttressed by the readings of native proverbs and unstructured improvisations.” – Karl Ackermann, All About Jazz

“Modern without dazzling, daring, but without enforcing the limits of broadly understood accessibility, the cosmopolitan trio with Dutch residence knew how to break out of common places and build its own coherent and attractive expression.” – jazz de-a dreptu’

Proverbe, the sophomore album of DUMItRIO, creates an entrancing ambiance with Romanian flavours, supported by narrative-intuitive compositions and spontaneous improvisations. Band leader and composer George Dumitriu, steered the trio into new musical directions by cultivating in their repertoire elements of oral and musical Romanian folklore. Offering insights into traditional Romanian wisdom, the structure of the new album is built on four Romanian proverbs spoken by Mama-mare (the composer’s grandmother).  The recording of her voice was played back in a loops which inspired DUMItRIO’s improvisations with their natural irregular metrics and dynamics.
The sublime addition of violin, viola and cello fashions a new dimension to the sound of the guitar trio.